I live two blocks from the Industrial Canal, which is now infamous for its levee breach into the Lower 9th Ward during Hurricane Katrina. After returning to the city I spent time driving around the Lower 9th Ward, photographing the destruction - houses washed away, flipped and tossed, ripped apart. Months later while at a residency at the Kala Art Institute I digitally reassembled the various parts and pieces of houses from my photos then created this series of screenprints from those images. 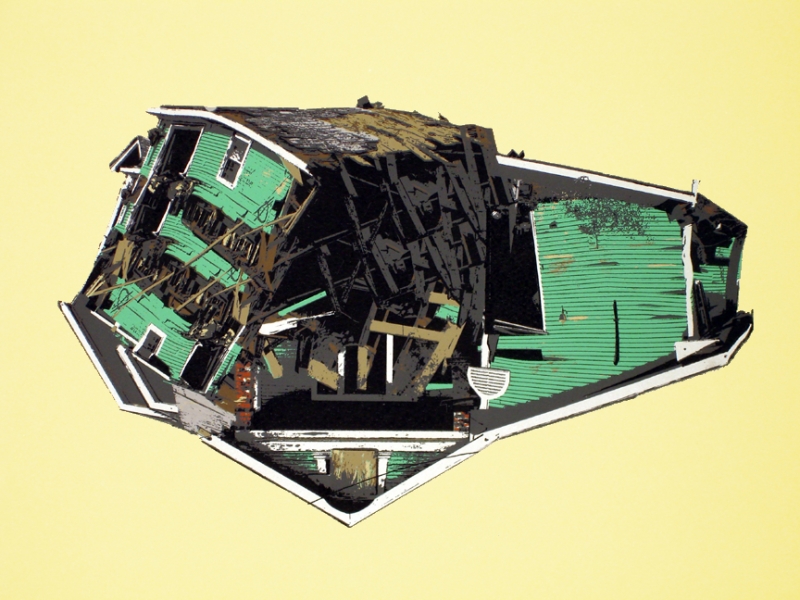 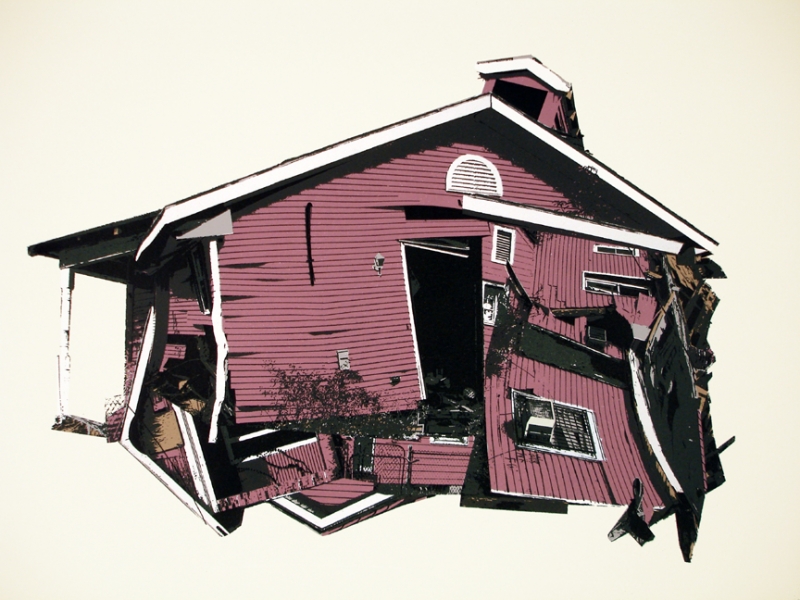